We are the Golden Eagles!

We are a youth birdwatchers team, participating in this race for the third time. Birdwatching is not just some more hobby for us, it’s the thing that we do every day when we go outside. The desert of Israel is the best place in the Middle East to see and enjoy the spring migration birds. But, except for having fun and enjoying desert birdwatching, the main purpose of this race is to save the Steppe Eagles in danger of extinction, and we can try stop this.

We need to raise money for conservation efforts that go to nature conservation societies in countries where the Steppe Eagles are in danger, and that will ensure the survival of eagles for future generations.

And now is the time for the race! We compete with other youth teams to win! And yes, we can do it! We hope to see a lot of desert and migration birds (even though we’re from the north of Israel, and it’s not our regular birdlist…) and to have fun, and try to win! 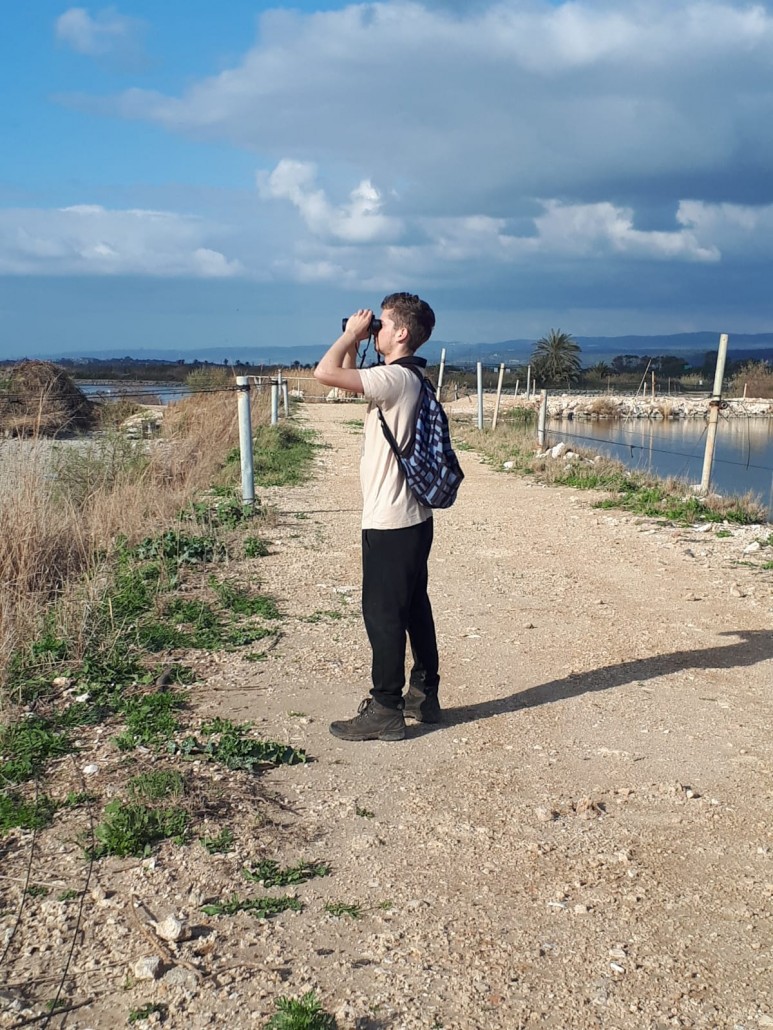 I’m 18 years old and live in Jerusalem, and I started my birding life at the Jerusalem Bird Observatory.
Expectations for the race: seeing new birds and meeting new birdwatchers. Favourite bird – Hoopoe.

I’m nearly seventeen years old and live at a small village in one of the northern valleys of Israel, where I usually birdwatch. I started birdwatching around the age of 14 even though I remember that I have always loved animals till the age of twelve when I started to really dig in…
My favorite bird changes all the time even though I always count the Eurasian Wryneck as one of my favorites!
My hopes are to finally see a Namaqua Dove, a Pin-tailed Sandgrouse, and a Sinai Rosefinch. I would love to see some mammals too and hopefully some cool reptiles! 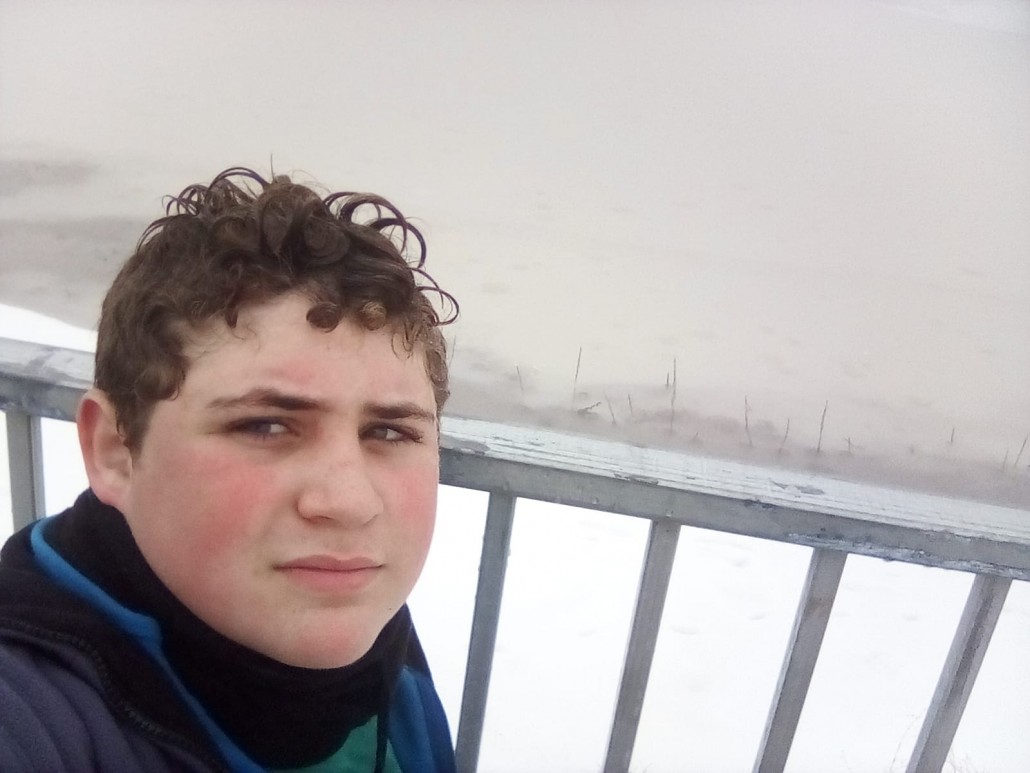 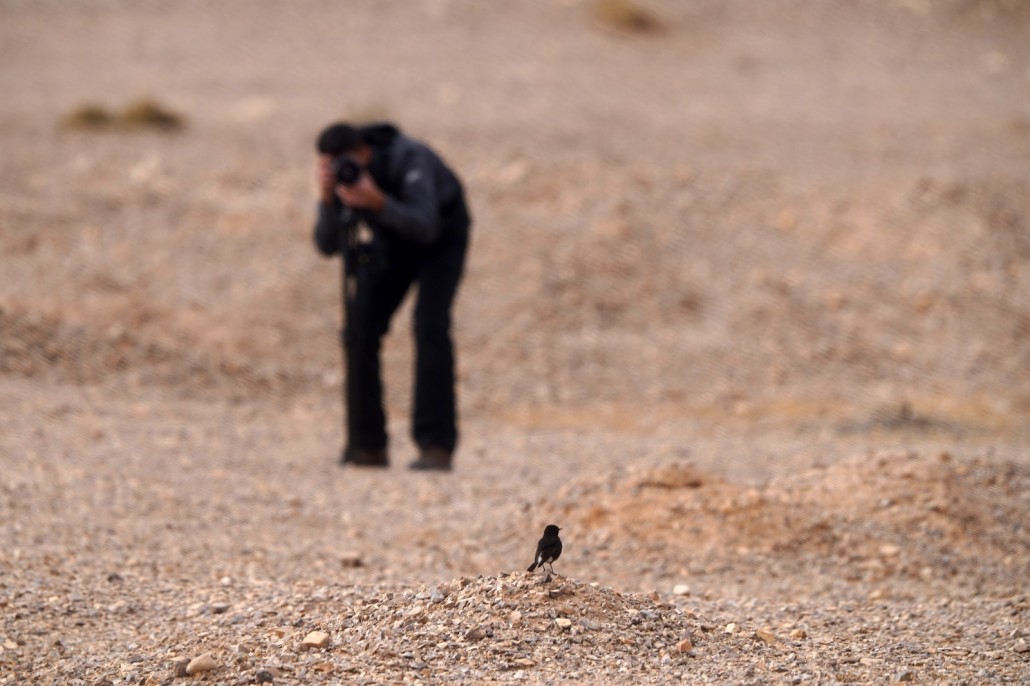 I’m 16 years old from Kiryat Tivon in northern Israel. I have been birding since the age of 7. I bird regularly in the Jezreel Valley and sometimes in the Hula Valley. This is going to be my first time participating in the race. I started birding because birds are a wonderful and fascinating animals, and birding as a hobby is very fun and takes you to some new places around the world . My favorite bird is the Common Crane. I started to love them when I was 8 years old in a family trip to Agmon Hula. For the race, I hope we will be able to collect some money for the Steppe Eagles and I hope we’re going to find a lot of interesting species, and maybe even win!

73 years old. I started photography about 7 years ago, and a place where I love to photograph is in the yehuda lowlands and in the Negev. My favourite bird – the Pin-tailed Sandgrouse. 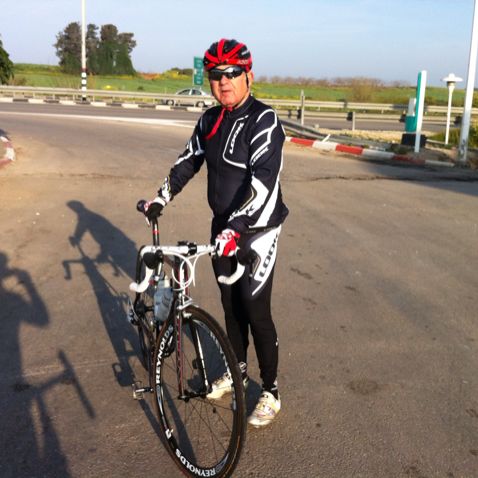 My name is Adam Rosenfeld, I am 18 years old, and I live in Jerusalem, Israel. My interest in birds began when I was a small kid, maybe four or five years old, when doing nature hikes with my mother. I did my first research on birds when I was in first grade. It was about the structure of the feathers of different birds. I still keep it in my drawer. As a child, we used to go birdwatching several times a year at the Hula Lake and at the fish ponds and nature reserve at Kibbutz Maagan Michael, near the beach. It is in these sites where I became familiar with herons, cranes, pelicans, kingfishers, seagulls, and so many other species, and where I first learned about the migration flyways.
Later on I became especially interested in prey birds, particularly the short-toed eagle, the golden eagle, and the osprey and followed these birds in several sites in Israel. When I was in 9th grade I joined the Jerusalem Zoo’s youth movement and shortly after began to work as a volunteer at the Zoo’s bird’s department. During 10th grade I spent most of my free time volunteering there, especially at the prey-birds exhibit, where we have different species of eagles, biblical vultures (facing risk of extinction) and more. During 11th grade, I continued to volunteer on weekends and also worked there as a part time job.
Last year, I joined the photography program in school and started to take pictures of birds. During the migration season I did bird watching almost every day at the Jerusalem Birds’ Observatory of the Society for the Protection of Nature. I came there early in the morning with the camera, waited for the birds and took photos. This year (12th grade) I am doing my final photography project on water birds and desert birds. This is my second time in the Champions of the Flyway; I am so excited about it. It is  a wonderful opportunity to watch birds with people from all over the world and our chance to help save the Steppe Eagles! 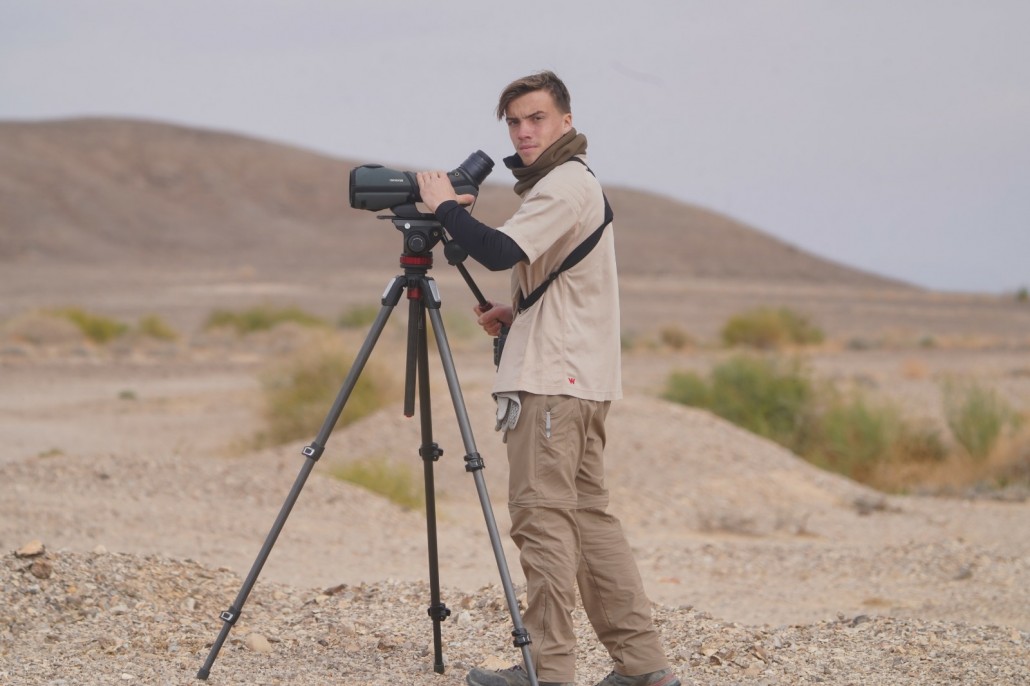 My name is Yossef Cohen, I’m 19 years old and I live in Netanya, central Israel (not very far from Tel Aviv…). I’ve loved birds and wildlife since I was born, and by the time was eight or nine I was obsessively reading books and the internet (mostly about birds) and caring passionately about the environment – and saving up to go for trips with my father. Today I’m taking part in Israel Youth Birding course of Hahevra Lehaganat Hateva (The greatest group of nature teaching in Israel) and think of birds and nature more than everything else! Today, I birdwatch near my house most of the time, with a park and swamp nearby.
Hopes for the race: Lifers would be the two rares nightjars of the Arva valley (Nubian and Egyptian) and a better view of Pin-tailed Sandgrouse, Golden Eagles (of course…) and the ultimate lifer of the trophy and the succes… But at the end of the day, and the most importantly, to help save the lovely Steppe Eagles!

53 years old, lives in Ashkelon. Amateur photographer for several years, mostly attracted to People and Nature photography.
Photography gives the opportunity for a close, almost intimate glimps at the private world of the wild life, without being disruptive.
This is the first year I’m joining “Champions of the Flyway”, curious to learn and confident that the experience will be exciting and enriching.

The SPNIs The Shameless Twitchers
Scroll to top