Agile and ready to go,
or just young and stupid? I don’t know

Last year to the second place we came,
but this time the throne of the flyway we claim!

Adults don’t frighten us,
though we still need to take a bus

But as you know, or you don’t
The race is just for fun
and we don’t really run

So without barriers of countries and nations,
we ask for your generous donations!

We are The Little Bastards, and we aim as high as possible in the race! This is the fifth time we’ll compete together and we are as focused and prepared as possible. The group was formed through social networks, as some of us met for the first time in the 2016 race
Since then we have been birdwatching all over Israel, all year round. Twitching and just doing some real birdwatching, our rarities list includes some great birds, such as: Wilson’s Storm-Petrel (5th record for Israel), Swinhoe’s Storm-Petrel, Pallas’s Leaf-Warbler, ext. Plus some self-found rarities: Blyth’s Pipit (7th record for Israel), Chestnut Shouldered Petronia (5th record for Israel), Little Bunting, Audouin’s Gull, Radde’s Accentor and even a Crimson-winged Finch in the high Caucasus (first ever observation for that area) – and the list goes on!

Our race last year, when we came second, was extremely intense. This year our aim is to finally win first place! But the race itself is just a game – the real goal is raising money for the conservation of birds! This year we will recruit money for the ongoing fight to save the world’s declining population of the STEPPE EAGLE. On their n breeding grounds, their population is being devastated. But we can tide the tide with your help – help us protect the STEPPE EAGLE! 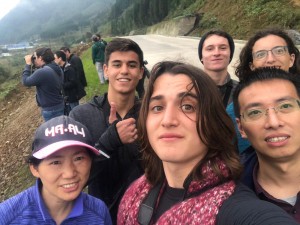 Age: 18
I was first exposed to the birding world at the age of three, when I first saw the thousands of common Cranes in Hula valley fields. For me, it was love at first sight. After a few years, at the age of 10, I joined a professional birder, Lior Kislev, for a tour at The Hula Lake. We spotted a few rarities that time, such as a Saker fighting a Peregrine, a pair of White-Fronted Geese and a juvenile Imperial Eagle. This was my first step into the real birdwatching business. Since then I go birding in on a weekly basis, all over the country.
The Little Bastards and I got second place in the previous Champions of the Flyaway race. I think we can elevate our success to the first place in the coming competition. Join my team and me! Donate for the conservation of birds! 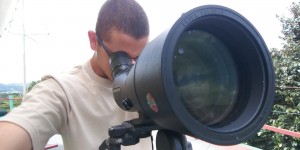 Age: 20
My family educated me from a young age that nature is one of the most amazing things that we have in our country. Around five years ago, my passion for nature evolved into a specific subject – birds. At the beginning I only photographed them for some reason, but after my first birdwatching trip at Ma’agan Michael, my approach to it had changed in 180 degrees – from a photographer to a birdwatcher.
Join my team and me and donate for the conservation of Steppe Eagles! 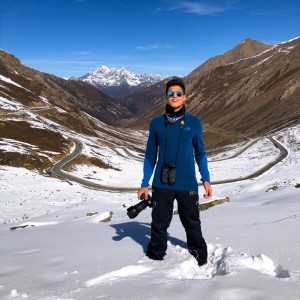 Age: 18.
My passion for nature initiated at a young age, and that I owe greatly to my Mom. She used to take my sister and I on trips all over Israel. It was on those occasions that I discovered the beauty of nature in our country. When I was eleven, I did an introductory dive, which had immediately opened my eyes to the underwater world. As time went, I developed an even greater interest in diving, nature and underwater photography.
I was first introduced to birdwatching through bird/nature photography, just four years ago. I quickly became a part of the great birdwatching community in Israel, and especially by the junior birdwatchers. From this point, there was no going back :))

…It is midday, the temperature is over 35°C, and Eliraz and I have been walking all around the vast Flint plains of Shita creak for over 4 hours, looking for the famous Thick-Billed Larks found breeding there. We started heading back to the car, as I suggested one last check at the site they were last spotted (of course we checked that earlier). What can we lose at this point, right? Suddenly we saw them! Two adults and two fledglings, feeding on the scarce vegetation… Sometimes it’s good to push just that one more limit! This is my role in the team!
Join my team and me – donate for the conservation of Steppe Eagles!

Age: 18
My parents used to take my siblings and I to The Hula Lake once a year to see the Common Cranes fly back from the fields, where they eat and stay all day, to the pond where they sleep. I knew about the whole idea of birding back then too, but it didn’t really interest me; it was nothing more than a nice day with my family once a year.

In fifth grade, as I was Eliraz’s best friend, I saw he enjoys it a lot. I decided to give it a chance too, from a different point of view this time. I saw that it’s cool and calming, satisfying sometimes. I remember the first time I got actually interested in birds, with Eliraz: It was a nice day and Eliraz, myself and a few other friends were sitting together in the school’s lawn. Suddenly I saw a tiny, very cute bird. I asked Eliraz what it was and he told me it was a Graceful Prinia. it was so cute, cleaning it’s wings in the sunlight. 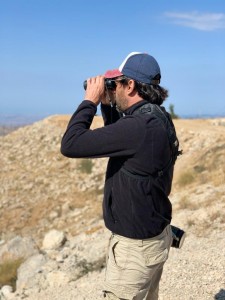 My first experience with birds was 6 years ago at Ben Shemen forest, known in israel as the “Eagles Forest”.
At autumn migration a big part of the Spotted Eagles population are using this forest for overnight rest on the way to Africa.

This is the 4th year I’m participating the COTF and this time I have the honor to do the race with this excellent team – “The Little Bastards”,
young, motivated and talented guys.

Our goal is first and foremost to raise awareness of birds in the world and our country in particular – this time for the amazing Steppe Eagles population.