help us save Africa’s vultures

Champions of the Flyway is now a well-known  fund- and awareness-raising event in global birding and conservation circles. Since our humble beginnings back in 2014, we’ve raised over $350,000 for bird conservation, mainly for projects tackling the illegal killing of birds migrating along the flyways. Over the past five years we’ve shed light on the many challenging issues migratory birds face, helping six different Birdlife International partners in their ongoing struggle against the slaughter of migrants on the ground. 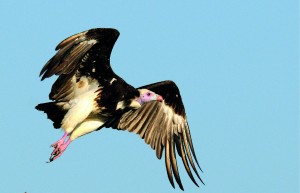 2018’s Champions project was our most successful to date. Not only did our teams raise over $100,000 to fund projects to protect the birds of the Adriatic Flyway, but we also encouraged two different Birdlife Partners (Birdlife Serbia and Birdlife Croatia) to overcome political boundaries and to work together for the benefit of birds. Champions – inspired by the birds we’re helping to save – know no borders.

In 2019, Champions of the Flyway is answering an urgent, emergency call from our brothers and sisters south of the equator – namely, the terrible plight of the Rift Valley’s vultures. It’s a call that – if left unanswered – has profound and long-lasting effects not just for these unique and iconic birds, but for entire natural and human communities which they are such an integral part of. 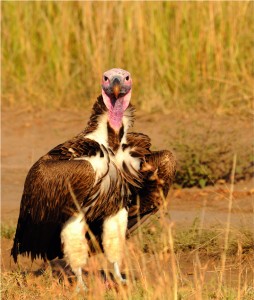 For the first time, Champions is joining forces with an African Birdlife partner – Nature Kenya. Together, we’re hoping to raise funds and awareness for one of the most burning bird conservations issues on the table today. Incredibly, no less than seven species of vulture are in serious decline, four of which are, tragically, already classed as endangered. The reasons are diverse, but one of the biggest factors is poisoning and illegal killing of vultures in the Great Rift Valley.

Together with Nature Kenya we aim to engage in a large scale project that will include funding a special Rapid Response team on the ground to identify carcasses and treat them, before their effects unwittingly spread to vultures, nature’s original garbage disposal experts. We will also be funding the development of several educational programs with the local people of the Mara area and Narok province in Kenya, aiming to leave a lasting legacy for the Rift Valley’s vulture conservation.

This may be a slightly different project compared to previous campaigns, but we feel that the Flyway Family can to step up where we are needed the most, and the vultures of East Africa need our urgent help – sooner rather than later. We are eternally grateful to our supporters over the years, but we now need your help more than ever to help protect and save nature’s clean-up crew, the bringers of life and some of the most majestic birds on this beautiful planet of ours.

In 2018, Champions of the Flyway united two countries for the first time as we confronted the illegal killing of birds in Croatia and Serbia.

Joining forces with Biom (BirdLife Croatia) and Bird Protection and Study Society of Serbia (BirdLife Serbia), our project aimed to protect critically important passages in the eastern and western Mediterranean Flyways as well as the Adriatic Flyway. More than 50,000 quails have been illegally shot in the area, together with numerous waterbirds, raptors and other soaring birds.

One of the most widespread issues, common for both countries, is the illegal use of tape lures during quail hunting. The problem is often ignored by law enforcement officers because it is practiced during night and on weekends. Due to the low motivation and inadequate capacities within environmental and hunting inspections and the police, governmental control has been ineffectual.

Biom and BPSSS have proposed exciting, on-the-ground projects that can make a real difference in the battle against widespread illegal killing of quail and other migratory birds. With the help of the 2018 Champions of the Flyway campaign, they intend to team up the actions and learn from each other.

By organizing workshops and training sessions for volunteers and members, regular visits to bird-crime hotspots, establishing a database of illegal killing of birds, our project aims to establish a functional team for monitoring bird-crime related issues in Croatia and to support and increase the capacity of the existing team in Serbia.

These conservation teams are from countries that have had a rough political past but have a bright birds conservation future. Through birds, we will once again transcend political boundaries to work together for the protection of nature. Birds indeed know no boundaries, and it is up to us to speak up and protect them because they deserve to fly in peace! Learn about the cause – The illegal killing of birds 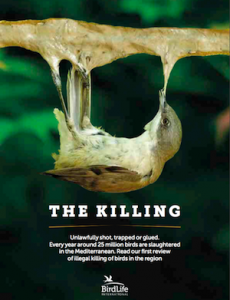 In August 2015, the shocking extent of the slaughter around the Mediterranean was revealed by a study “The Killing“ published by BirdLife International. Around 25 million birds, mainly songbirds, are killed illegally there by shooters and trappers every year.  Download a copy of this definitive report.

Champions of the Flyway works to enable national BirdLife Partners to tackle these issues locally. Every year, we build on our conservation success, because we are fervent believers that this massive crisis of illegal bird killing can be mitigated with proper strategy and investment.

WHAT IS LIMNES: The so called “tradition” of “Limnes” (meaning “Ponds”) employs a sophisticated method of trapping song birds for the illegal trade or for the dinner table. Birds are attracted by live decoys, which are singing birds in a cage or tied to branches. These decoys are situated in small artificial ponds. When a wild bird approaches the live decoy, it gets trapped in carefully situated nets around the pond, or via limesticks on surrounding artificially placed tree branches. WHAT IS THE MAIN PURPOSE IN SANTORINI?
Mostly for illegal trade, as cage birds and also for the dinner table.