THE YEAR OF THE DOVE!

THANK YOU EVERYONE who has contributed, supported and helped with our #YearOfTheDove – we couldn’t do it without you! All our donations ($30,000 and counting) will now fund crucial efforts to save Turtle Doves on the ground in Malta, Cyprus and Greece.

We’re not done yet, though – every penny counts and we’d appreciate more donations – DONATE TO SAVE TURTLE DOVES HERE! 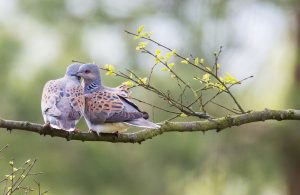 Champions of the Flyway is now a well known fund- and awareness-raising event in global birding and conservation circles. Since our humble beginnings back in 2014, we’ve raised over $500,000 for projects tackling the illegal killing of birds migrating along the flyways. Over these past seven years we’ve shone the spotlight on the many challenging issues birds face, helping nine different Birdlife International partners in their ongoing struggle against the slaughter of migrants on the ground.

From May ’21 to May ’22, it’s The Year Of The Dove! The Champions Of The Flyway family has come together for a bumper 12-month campaign, during which we’re dedicating all efforts to saving one of the most iconic and threatened species on the flyway – the European Turtle Dove….

Raising vital funds for our partners across the East Mediterranean flyway – in Cyprus, Greece and Malta – to combat the slaughter of Turtle Doves via innovative, on-the-ground initiatives and projects

The campaign launch coincided with Turtle Doves returning to their breeding grounds in spring ’21, and followed their nesting season and autumn migration through the year – when COTF Race #1 kickstart the second part of the campaign. This first race, aimed mainly (but not exclusively) at Israeli teams, took place in the north of Israel on 30th Sept 2021 and was a huge success – see here for more!

Throughout the campaign, we had supporters and ambassadors campaigning, supporting and fundraising for the #YearOfTheDove, with some taking part in challenges that raised vitsl funds for our three BirdLife International beneficiaries.

Thank you Richard Bennett and Nathaniel Dargue for great photos, and the brilliant Jo Ruth for our logo and banners!

Congratulations to 2020’s Guardians of the Flyway – the wonderful KOWA WOMEN IN STEPPE, who raised an amazing $15,000 to help Steppe Eagles – despite the pandemic! Read more on this amazing team HERE

A bird race with a difference:

HOW IS CHAMPIONS 2022 DIFFERENT?

The race element is open to everyone, wherever you are in the world

Our year-long campaign is the focus

Our Eilat Race will use carbon-offset schemes

There are new awards for our participants – watch this space!

Together we make a real difference for the birds of the Mediterranean flyways and beyond – join the Champions family and help us turn the tide!