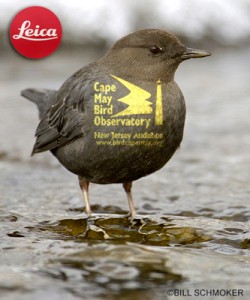 New Jersey Audubon’s Cape May Bird Observatory fits into the Champions of the Flyway as naturally as a Steppe Buzzard rises on thermals over the Negev Desert.  CMBO’s mission is to connect people to nature, and steward the nature of today for the people of tomorrow. Thirty Three years ago, we began the World Series of Birding, and have raised over nine million dollars for conservation around the world since.

Participating in Champions of the Flyway allows us another opportunity to have a meaningful impact in bird conservation abroad. Our 2018 team is new, but our goal is the same as ever: to raise as much money for bird conservation as possible between now and March (and, if we get to experience a ton of the species of birds that we’re trying to protect, then all the better!).

This year the Dippers are a streamlined roster of three representatives. Returning for his third race in four years is Brooklyn, New York’s very own Doug Gochfeld. Doug has extensive experience working for both Cape May Bird Observatory and the hosts of the flyway, The International Birding and Research Center in Eilat, and has one victorious COTF race under his belt, so we know he’s going to be a critical part of the strategic plan leading up to and during the event.

The steadfast Tom Reed is returning for his third consecutive race. Tom was born on Cape May big days (24-hour bird races) and will bring incomparable experience in route planning and execution, in addition to his razor sharp birding skills.   While his eyes and ears are finely tuned to every chip and seep note, his mind is always aware of his own status and distribution on the route during game day.

New to the team this year is Jacob Drucker. His supernatural birding senses are not just the product of growing up in New York City’s world class community of naturalists and a fall season as an educator in Cape May, but also thanks to his years conducting fieldwork across North America, the Neotropics, and China. A veteran of the World Series of Birding and countless other big days, he is the perfect weapon for completing this year’s squad.
Cape May Bird Observatory’s American Dippers are once again proud to partner with Leica Sport Optics, the official team optics sponsor. With this group, the excellent optics provided by Leica, and a little luck, we’ll be contenders for gold in March 2018

Again, we are grateful for any support you can pledge to our team. We’re of course excited for race day, but the critically important part of this race is the support from our partners near and far, including you- the real goal is to make this planet as safe as possible for our feathered friends

Remember, every dollar raised goes directly to BirdLife International’s efforts to halt the slaughter of birds in Serbia and Croatia, so please give today – and be a Champion too! 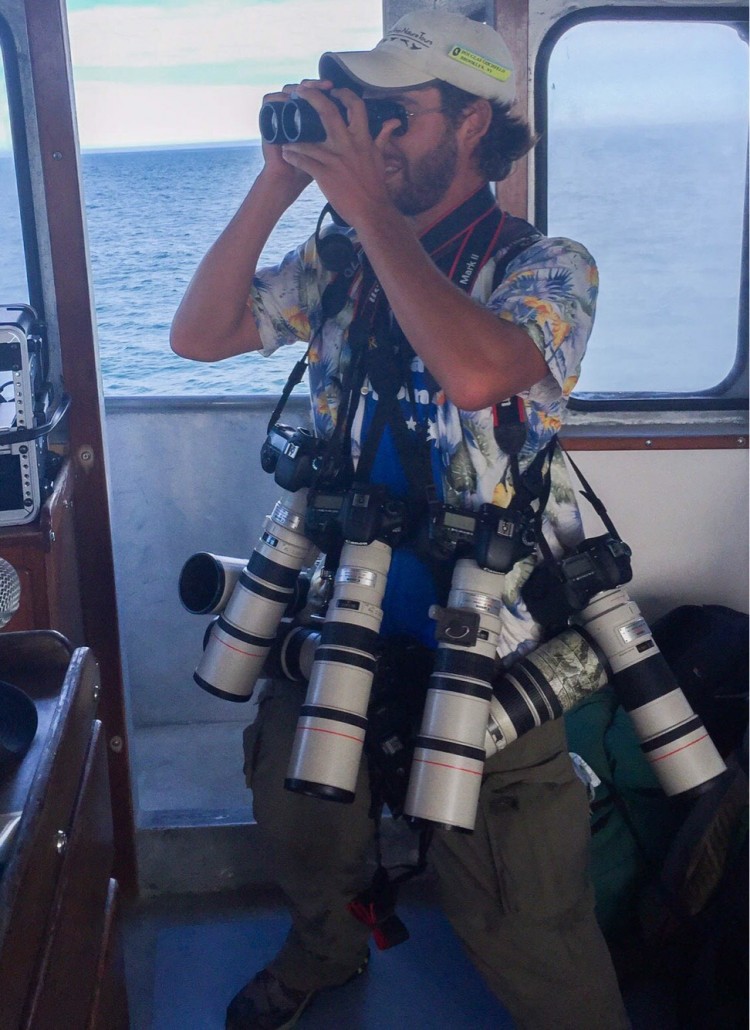 Doug Gochfeld’s passion for birds was born amid the concrete, steel, and yellow taxis of his native Brooklyn, New York. He spent much of his early formative years toeing the line between “normal” city kid activities and scouring the urban landscape for birds with his father.

For the past decade (after graduating with a very topical Economics degree), he has done hands-on bird ecology work and surveys in places as varied as subarctic Alaska, the northern coast of South America, the White Mountains of New Hampshire, and the sky islands of Arizona. For four years he worked as a guide for St. Paul Island Tours, in the Bering Sea’s Pribilof Islands (“The Galapagos of the North”), and he is excited to be making a return to Eilat, where he intensively researched migration for two springs for the International Birding and Research Center there.

His tight bond with Cape May Bird Observatory was formed when he was the migration swing counter (counting the Hawkwatch, the Seawatch, and the songbird Morning Flight) for two fall seasons, and has grown tighter with every passing year. He was lucky enough to be there in 2010, when two of the most breathtaking single-day migration events he has ever witnessed took place: a monstrous flight of half a million or more Monarch butterflies, and an equally staggering flight and fallout of hundreds of thousands passerines a month later. These cemented in him the feeling that nature’s big migration events are unbeatable, and we should all do everything in our power to allow them to continue happening!  Doug is an international guide for Field Guides Birding Tours, a member of Leica’s Pro Staff, and currently sits on the New York State Avian Records Committee.

Doug’s strongest interests in birding are migration, vagrancy, and patterns of distribution, and especially weaving them all together. Shorebirds and seabirds hold a special place in his heart (it must be those pointy wings), though he’s happy anytime he’s outdoors exploring the various wonders of nature. He’s especially excited to be doing his part in the fight against illegal hunting of birds in Serbia & Croatia, and helping to shine a conservation spotlight on a region unfamiliar to many from an ecological perspective. 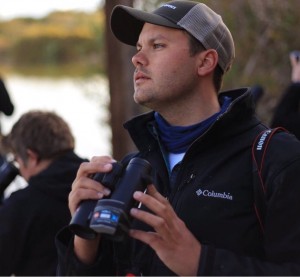 Tom Reed grew up in Cape May County, New Jersey, where he picked up birding at age 10. His primary avian interests revolve around visible migration, status & distribution, and exploring the relationships between weather, geography, and bird movements. He has been actively involved with the Cape May Bird Observatory for the better part of two decades, serving as Associate Naturalist, Migration Count Coordinator, and annual bird report compiler.

TR completed his undergraduate work at Rutgers University in 2011. In the time since he has traveled to various portions of the United States and beyond, with assignments that have taken him from the Bahamas to the Great Lakes to Alaska. He is currently co-editor of the journal North American Birds, a voting member of the New Jersey Bird Records Committee, a board member for the Hawk Migration Association of North America, US site coordinator for Trektellen, and a guide for Wildside Nature Tours. 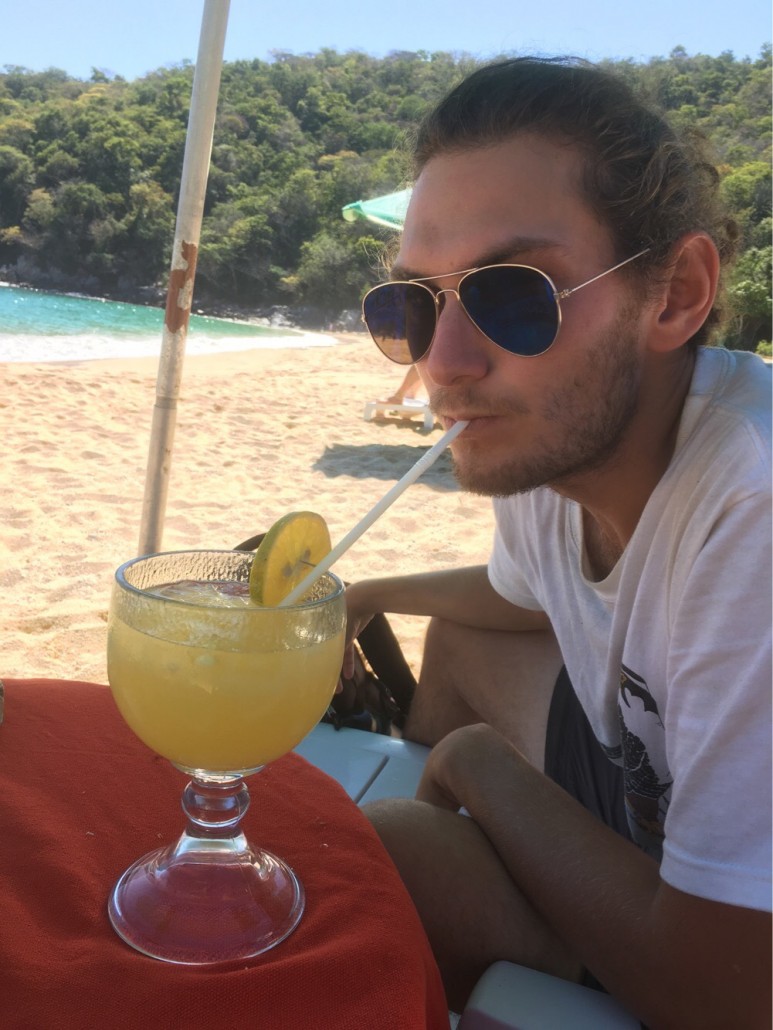 Jacob Drucker is a freelance field ornithologist based out of New York City. For the better part of a decade he has worked seasonal jobs throughout the Americas and beyond for various research and conservation organizations, including Cape May, Rocky Mountain, and Point Reyes Bird Observatories, the Cornell Lab of Ornithology, and Pronatura Veracruz.

Whether wading through vegetation in moss-covered Andean forests or crowded markets in urban China, Jacob loves nothing more than reveling in the diversity of avian form, function, and beauty, and how they inform humanity about the evolution and conservation of life on earth. He is ecstatic to be able to participate in Champions of the Flyway this year, where he hopes to connect with a new suite of people and birds. Look for him in the Eilat mountains, where he will be monitoring raptor migration for the International Birding and Research Center Eilat this spring. Jacob despises birding with sunglasses, but loves birding with a chilled beverage. VIDEO: The Story of the 2015 Champions on the Flyway (as seen on Birding Adventures...
Scroll to top