The importance of vultures nowadays is usually overlooked. Vultures are mostly perceived as being greedy creatures associated with decay. This is seen in popular culture where land grabbers and corrupt people are often portrayed as vultures. In nature, however, vultures play a critical role in keeping the environment clean and healthy. They are a part of the web of life on which all living things – including people – depend on.

Vultures are prominent in ancient mythology and many societies were amazed by the vultures’ ability to only consume death and still produce life. Vultures were believed to being the creature that kept the balance of life and death in good order. The disappearance of vultures will weaken the ecological balance of the African continent.

Nature Kenya in collaboration with NABU (The Nature and Biodiversity Conservation Union, BirdLife in Germany) and BirdLife International aims to reduce threats to African vultures and reverse their population declines.

We, the Nature Kenya / NABU / Zeiss Team, are participating in the Champions of the Flyways competition to raise awareness on the plight of vultures in Kenya and indeed in Africa. We will also collect funds to support community awareness on the negative impacts of wildlife poisoning, create local community champions for vulture conservation and train on rapid response to wildlife poisoning incidents when they occur.

Vulture conservation is indeed of international concern. This is why we as the Nature Kenya/ NABU/ Zeiss Team join forces across borders and invite you all to join! 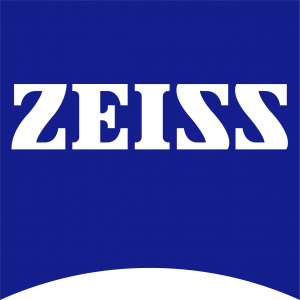 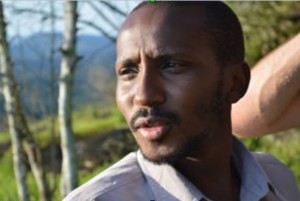 Paul Gacheru is based in Kenya working as a program manager in Nature Kenya-East Africa Natural History Society. His has a background is in wildlife conservation and management. His work involves reducing habitat pressure through science led intervention to mitigate species extinction. One program he is leading on is to save the African vulture through catalyzing on-ground locally initiated actions to mitigate human wildlife conflict in Masai Mara, Kenya. 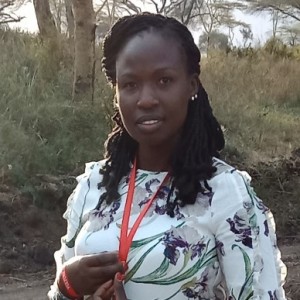 I have been an ornithologist since I was 12 years old. I have carried out extensive ornithological surveys in protected areas in Africa (Ethiopia and Kenya), Central Asia (Kazakhstan, Kyrgyzstan) and Russia. This also included leading projects for the designation of UNESCO biosphere reserves and World Heritage sites in Russia and Central Asia at the Chair of International Nature Conservation at the University of Greifswald, where I studied Biology and Landscape Planning. Since 1995 I have been Vice President of NABU, the German BirdLife Partner. I am a member of numerous ornithological societies. All my birding observations in Germany are online at the sightings portals www.ornitho.de and www.club300.de

I have been to Israel twice so far and also manage the cooperation with SPNI, our BirdLife partner in Israel. I am looking forward to my first participation in the Champions of the flyway! This year NABU together with Nature Kenya our partner in Kenya will participate for the first time, for the protection of vultures in Africa! 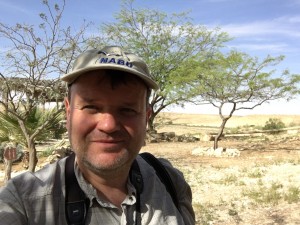 James Mutunga is a qualified wildlife biologist working with Nature Kenya as a conservation officer. He is a birding enthusiast with over 400 species of birds of Kenya in his record. He is supporting delivery of Nature Kenya conservation program by empowering local community groups in implementing citizen science to monitor their local biodiversity. He is constantly working with local community groups (Site Support Groups) to build their capacity biodiversity data collection, analysis and reporting. 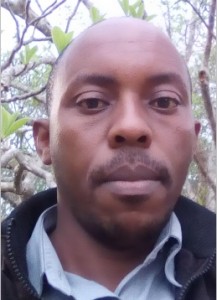 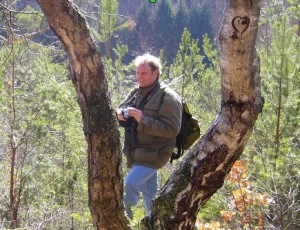 I am a passionate birdwatcher since I was 12 years old and became a serious bird conservationist later on. During 14 years I was the chair of the local NABU group in my hometown Bielefeld. In 2002, two of my friends organized a birdrace in their home region of Westphalia for the first time. This developed into the Germany-wide birdrace, in which I participate enthusiastically since the first race. Now, I am very excited for my first “Champions of the flyway”- birdrace, which offers me the chance to actively participate in vulture conservation. In 2015 I started his own travel agency which offers professional birdwatching tours all over Europe.

In the late 1970s I developed serious interest in bird conservation and became a member of NABU as a student at the University of Goettingen, where I studied Biology. Fascinated about stories of East Africa’s nature I visited Tanzania and Kenya the first time in 1976, which lead to a lifelong passion for Africa, for its people and nature. During the years as a university student, I worked as a part time tour guide in Africa. Coming to know what was then the International Council for Bird Preservation (ICBP) (now BirdLife International) I became interested in international bird conservation. As a NABU volunteer, I initiated the first Africa project for NABU in Arabuko-Sokoke-Forest in Kenya in 1999. My activities lad to the current Africa Department of NABU. I am still coordinating conservation projects and research of NABU with BirdLife International partners in Kenya, Ethiopia, Tanzania and Rwanda. From my early days in Africa, I still remember vultures as omnipresent part of the African avifauna. It is my deep wish to support this Champions of the Flyway event, to raise attention and funds for vulture conservation in Kenya. 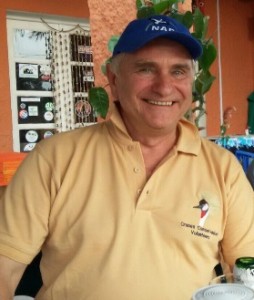